Are you driving long-distance? In such cases, crossdraw holsters are the best buddy to carry your firearm.

Crossdraw holsters are one of the oldest kinds of holsters. By the end of the 1800s and the beginning of the 1900s, they became an integral part of cowboys’ fashion. More so because these crossdraw holsters won’t get in the way of their laborious task on the ranch.

In modern fashion, crossdraw holsters are carried in front of the non-dominating hip on the waist area. Here the muzzle points outside the body and the grip face the dominant hand. However, if you are choosing the shoulder holster, then the handgun hangs into the non-dominating arm region, and the butt of the handgun faces forward.

To draw out the weapon in a shoulder harness, the dominant hand crosses the torso to grab the handgun and brings it back across the torso to point at the target. One of the major advantages of crossdraw holsters is that when the person is seated, it won’t bother the carrier. It is highly suited for those driving for long distances in a truck or a car, or someone who has a desk job with long sitting hours. It is also suitable for wheelchair-bound people. 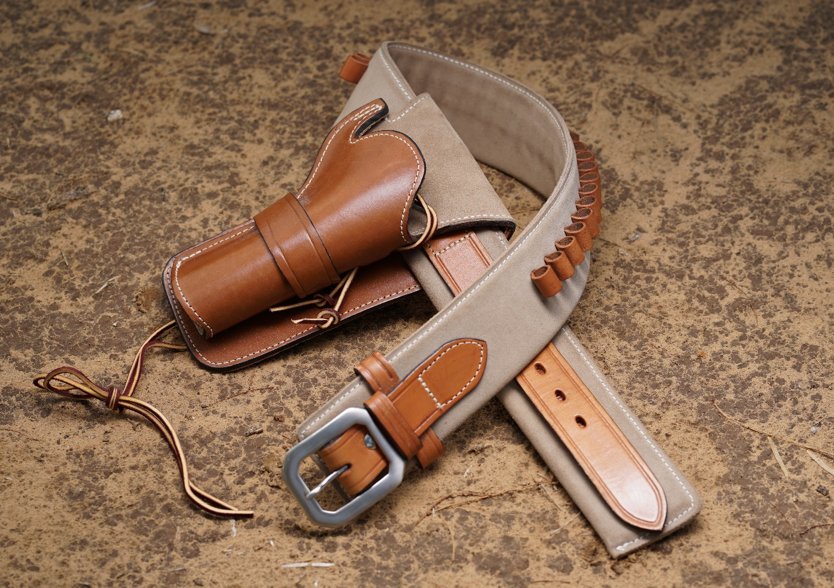 If you are carrying more than one weapon, crossdraw holsters can help you carry them easily. It works as a good backup gun. Some police units are mandated to carry two handguns, one of them is a cross draw weapon. FBI carries it on the dominant side, where you will generally carry a primary pistol. If you are going out for a hunt, then crossbody holsters are good to carry a large-caliber single-action revolver, as it won’t constantly scrape against the rifle, even though these holsters often have slung which is carried over the dominant side.

Medical and orthopedic reasons can compel someone to have the weapon in crossbody holsters. If there is an injury onto the dominating side of the hip, then wearing a firearm there can be quite painful, although the weight is borne by the opposite hip. Whereas, some people have a natural advantage to draw weapons out of crossbody holsters through their dominating hand than choosing to draw from the other hand. Many shoulder injuries, a specialty that affects the rotator cuff, may limit someone’s ability to draw out the weapon from the strong side of the hip position, but it doesn’t entirely make it unable to access the firearm in a crossbody style. Doctors highly recommend avoiding a belt at all times after someone has gone through hip surgery, to expedite the recovery.

Last but not the least, crossbody holsters can easily be secured secretly and drawn out only when the carrier feels threatened. You may draw out when need or hide it under normal circumstances, whichever situation feels right. Hide it under the jacket easily and draw it out in a fast manner. Try leather crossbody holsters today to understand the difference between drawing out and accessing your weapon.